The Benefits of React Native for Mobile App Development 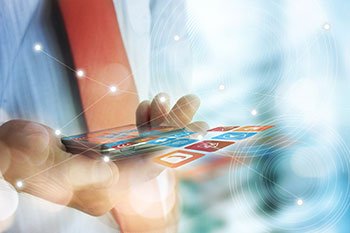 If you’re looking to build a mobile application in an extremely efficient way look no further than React Native. React Native is a development framework that mobile app developers use to save time and more rapidly build mobile apps.

Facebook developed React Native in 2015, first for iOS, then Android later in the year. This created a framework in which a mobile app could be built on two platforms at once, while still retaining the native look, feel, and productivity of an app built on the specific iOS or Android platform. Initially React Native was using the iOS code repository and syncing to Android, but Facebook later moved to a unified code repository further streamlining React Native.

What is React Native

React Native came about to help developers reuse code across the web and on mobile devices. With React Native, app developers won’t have to build the same app for iOS and for Android from scratch. Instead they can reuse the same code across each operating system. The amazing thing about React Native is that there is very little difference between an app built in a device’s native code (Objective-C or Java) and one built using React Native.

The framework is open source and community-driven and is spurred on by a large following of developers ready to share their knowledge, expertise, and input to improve and support the framework.

The Benefits of React Native for Mobile App Development

There are several benefits of React Native for mobile app development.

Because 95% or more of the code is cross-platform, meaning it is compatible with both Android and iOS, developers only need to build one app, and in the end two apps are created. This saves time in development of the app, which saves a lot of money that would have been put into building separate apps. With React Native businesses can have both apps at once for little more than half the cost of building one version. Companies no longer have to choose which version to build and launch first due to the cost of building two separate apps. In addition maintenance and updates are done on both apps at the same time which saves on future costs once the apps are built and launched.

React Native apps perform almost exactly like a native app that was built on the specific iOS or Android platform. They are also fast because the programming language is optimized for mobile devices. Instead of mainly using the central processing unit (CPU), React Native apps take advantage of the graphics processing unit (GPU). This makes them much faster than cross-platform hybrid technologies.

The type of interface used in React Native makes it easy for different developers on a team to jump in where someone else left off and continue building. This increases team flexibility, and makes it easier to update and upgrade the mobile app. It also creates flexibility for testers who are able to create testing scenarios much easier. These advantages also contribute toward saving time and money.

If it is desired or becomes necessary to move the app to another development framework in the future, app developers don’t need to start over. They can export the app from React Native and move it into Android Studio or Xcode and continue from there. This is a huge benefit of using React Native for mobile app development and adds to its flexibility.

React Native offers something called “live reloading” or “hot reloading” which enables developers to immediately view the changes they’ve made to the code in another live preview window simultaneously. This provides a great advantage to developers due to the real-time feedback.

6) Publish Updates for Your Apps Faster

Publishing updates for your app used to take a lot longer, requiring developers to go through a build process again with each app separately. With React Native that process has been streamlined. Not only can both apps be updated at the same time, but the whole process is much simpler and can be done much faster. As you create improvements and updates for your users, developers implement them through over the air (OTA) updates, which are implemented even as users are using the app. Then, the next time the app is opened, the update is ready for the user. There is no longer a need to update the app through the app stores manually and have them approved by Apple or Android, which saves time and makes the process much more streamlined..

Why We Use React Native

At ClearTech Interactive we use React Native because it offers so many advantages to our clients. It saves time both in building the mobile app and maintaining it. It saves money since our clients get two apps for a little more than it would cost to build one, and it costs them less to maintain it. It is native so it performs great on mobile devices and it is movable in the future if necessary.

What Apps Can You Build With React Native?

The beauty of React Native is that you can build almost any type of mobile app with it. React Native is almost always a good fit for most applications, unless it’s a fast paced, graphic intensive game where there are advantages to using the native code for Android or IOS.

With companies such as Instagram, Facebook, Tesla and many others using it, it has proven its merit as a rapid application development framework that is reliable, fast and scalable. Take a look at some of the mobile applications that were built with React Native.

Is React Native Right for Your Mobile App?

Interested in building a mobile app in the most cost-effective way? React Native may be able to slash your mobile app development costs in half.

Call us at 727-562-5161 or request a call to find out more about our mobile app development process and the benefits of React Native.